Ramakrishna Paramahamsa the saint slowly walking nearby sea beach. He observed the cool breeze oozing out from the seashore and that touched him before reaching out to the hinterland. The sky was slightly dimmer with light with a purple patch meandering in the entire sky which symbolizes the end of today and now the night time would be reaching out soon.

Suddenly the arrival of youth from nowhere:

The advice of Ramakrishna to youth:

The mystic magic smile of Ramakrishna:

READ  This study will perfect your divine intervention: read or miss out

If you do not remove that fear from your mind then for sure that would be going to hurt you for long in the future course of action of your life:

The magic voice of Ramakrishna Paramahansa:

The life-learning lessons learnt from this experience:

READ  Lord, I Wish to be Yours Servitor 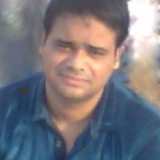 suscipit amet, sed Praesent lectus tristique commodo
We use cookies to ensure that we give you the best experience on our website. If you continue to use this site we will assume that you are happy with it.Ok